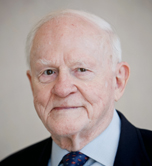 Charles Schultze is a senior fellow emeritus in the Economic Studies program at Brookings. From 1987 through 1990 he was the director of the Economic Studies program, and a senior fellow from 1968 to 1977 and 1981 to 1987. In 1984, he served as President of the American Economic Association. He served as Chairman of the President’s Council of Economic Advisers during the Carter Administration. Schultze was appointed Assistant Director of the U.S. Bureau of the Budget by President John F. Kennedy in 1962 and was Director from 1965 to 1967. From 1961-87 he was Associate Professor and Professor/Adjunct Professor of Economics at the University of Maryland and was a lecturer in Economics at Indiana University from 1959-61.