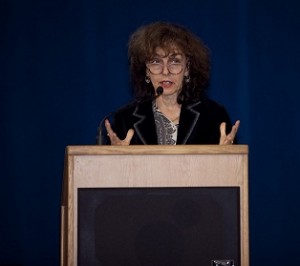 Last week in New York, the United Nations General Assembly began its annual deliberations, convened an important Climate Summit and formally launched the process to complete the UN Post-2015 Development Agenda, including the formulation of ambitious Sustainable Development Goals (SDGs) to build on the earlier UN Millennium Development Goals.  Among the numerous events that were held that week, USCIB convened a second annual Business UN door knock event, hosted by Pfizer at its New York headquarters. 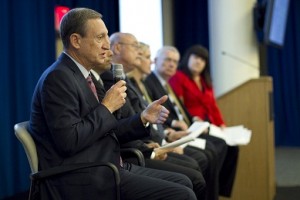 The UN has invited business to the table during the SDG negotiations, and the views of the private sector are being increasingly heeded as the UN crafts the Post-2015 Development Agenda.

On September 26, USCIB joined with the International Chamber of Commerce (ICC) to hold a unique business-convened forum on “Practical Private Sector Engagement in the UN Post-2015 Development Agenda,” at Pfizer’s New York headquarters. Other business partners included the Business and Industry Advisory Committee to the OECD; the International Labor Organization and the Business Council for Sustainable Energy.

Officials from UN member states and the UN secretariat joined executives from leading companies and members of civil society for an assessment of the practicality of the SDGs and what it will take to fully engage the business community as a partner in addressing future sustainable development priorities. 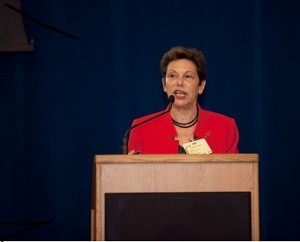 At the heart of this event was USCIB’s assertion that the success of the SDGs will depend on marshaling business input and support for the SDGs. UN and government speakers echoed this view.  Louise Kantrow (pictured right), ICC’s permanent representative to the UN, and coordinator of the Global Business Alliance for Post-2015, was on hand to make a strong case for the importance of the UN to the business community. 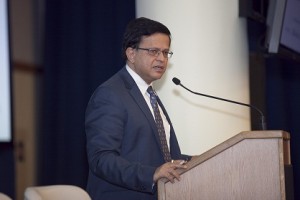 “Change is in the air,” declared Nikhil Seth, director of the UN’s Division for Sustainable Development. “The commitment to private-sector engagement is not the flavor of the day, but rather the flavor of the 21st century. Business is everywhere in the SDGs.” Other speakers echoed Seth’s sentiments, reinforcing the sense that shortcomings in the earlier MDG exercise would be corrected, with the private sector fully engaged and involved in the discussion.

Last month, the UN’s Working Group on SDGs identified 17 goals and 169 specific action items. These will form the basis for the final round of negotiations among UN members to finalize the SDGs by next year’s General Assembly opening.

While some in the business community have questioned the number of SDGs as too many, USCIB members took a practical approach. Business speakers at the forum stressed the importance of four key elements that they said would crystallize private-sector engagement and support for the SDGs: good governance, economic growth and empowerment,innovation and infrastructure. USCIB is preparing separate papers on each of these elements and will analyze key SDGs vis-à-vis their contributions to each of these 4 fundamental areas. 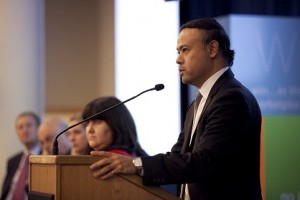 “We have entered a new era of industrial development, one that integrates sustainable development as a top priority,” said Tam Nguyen, global head of sustainability at Bechtel Corp. and co-chair of USCIB’s working group on the SDGs. “We in the business community are seeking to help countries and communities use resources wisely. The private sector is an innovator here.”

Other business speakers echoed Nguyen’s points, saying they were reformulating business practices to align more fully with the sustainable development imperative. Still others placed the focus on getting the SDGs right, especially when it comes to governance and the rule of law. 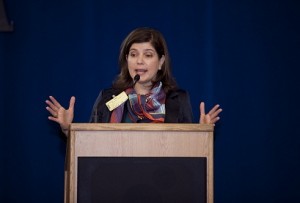 Adriana Machado (left), vice president for government affairs and policy in Latin America at GE, emphasized that many in the business community are “already involved in furthering the SDGs”  She went on to say that the UN effort must address business’s involvement, not just as philanthropy or corporate responsibility, but in a holistic way. The meeting not only reviewed examples of how companies were furthering sustainable development, but also discussed how well-designed and accountable partnerships would be needed to supplement government action.

UN representatives welcomed the private sector’s engagement with the Post-2015 Development Agenda.  During his concluding remarks, George Kell, Executive Director of the UN Global Compact, expressed thanks that businesses and governments were coming together in real terms to address sustainable development, and he urged businesses to seize the SDGs as an opportunity to revive multilateralism.

“Don’t wait for governments to get it all right,” Kell said. “See how the SDGs fit into your corporate strategy.”

The event included a Green Economies Dialogue (GED) presentation on metrics and indicators for the SDGs, and their relevance to business, by Anthony Janetos, of Boston University.  The GED initiative is focused on contributing substantive peer-reviewed input on business relevant issues in the SDGs, and on continuing Dialogues started in the run-up to Rio+20.

Other speakers at the event included Americo Zampetti, EU Delegation to the UN; Claus Stig Pederson, Novozymes; John Sullivan of BIAC and the U.S. Chamber Center for International Private Enterprise; andGerald Pachoud of the UN, as well as Congressman James Bacchus, chair of ICC’s Trade and Investment Commission, and Norine Kennedy of USCIB.